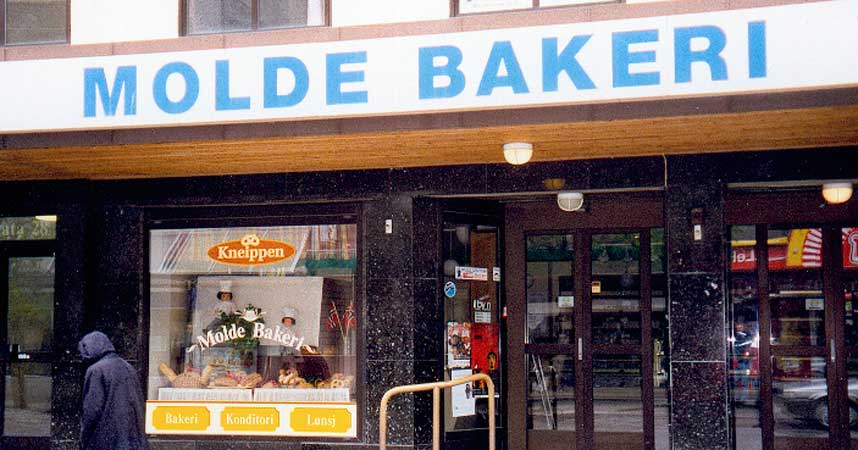 First in an occasional series of unfortunate named businesses

I am kind of amused by the many “carbon footprint” equations we keep hearing these days. The concept being the measurement of CO2 released during the lifecycle of a product or process. Manufacturers will soon start labeling products with this information, and consumers will be able to choose products with smaller footprints. Fair enough, but there seems to be some seriously whacked logic coming out of this:

A British environmentalist claims that walking pollutes more than driving. Huh?! His argument was that walking burns more calories, which in the case of 95% of us are replenished by eating meat. And the production of meat, especially cattle has a carbon footprint the size of Texas (imagine really big). The math went like this:

Driving a typical UK car for 3 miles [4.8km] adds about 0.9 kg [2lb] of CO2 to the atmosphere. If you walked instead, you would use about 180 calories. You’d need about 100g of beef to replace those calories, resulting in 3.6kg of emissions, or four times as much as driving.

That’s just brilliant! Ofcourse the sensible thing for us would be to eat less meat, a sentiment shared by Ryanair’s boss, who when faced with accusations of being responsible for huge amounts of pollution said “Shoot cows instead of blaming aviation”

Organic milk is worse for the climate. Huh?! Organic dairy cows produce less milk than their relatives jacked up on hormones, but their flatulence is the same. Thus their methane emissions per liter of milk are higher. OK, but what about the fact that organic cows eat mostly grass instead of processed feeds that surely have a carbon footprint all of their own?

1000hp engines are not so bad after all: Huh?! One of the racers at a recent Powerboat event in the Oslofjord was asked if he was concerned about the environmental footprint of his 600 liter/hour guzzler. He responded with a straight face that in reality all those people who came to see the race probably used lot more gas to get there, and if we wanted to seriously clean up the sport that would be the place to start. Conclusion: let’s just watch it on tv.

Home composting is bad for you-know-what: Huh?! Swedish scientists conclude most garden compost heaps contribute to global warming by releasing huge amounts of harmful methane gas. Recycling organic waste right at home should be a good thing: reducing the need for trash pickup, landfill space, and artificial fertilizer production. But it has to be done correctly with equal amounts of mixing and turning or the heap will quickly fart more than a herd of holsteins. 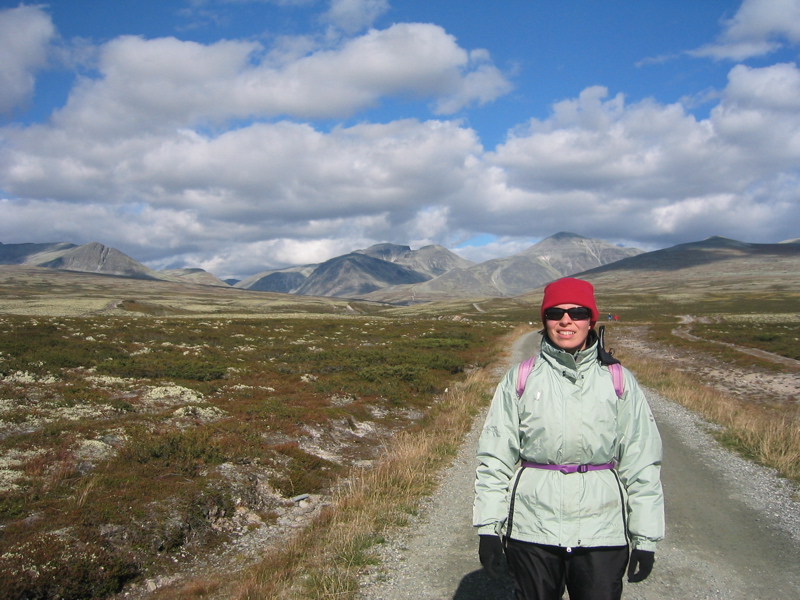 Big Sky Country
Last weekend we went hiking in Rondane, a national park area a few hours north from Oslo. We hesitated a bit because the weather forecast was so lousy all week, but Friday morning we had blue skies and we set off. The drive took us through Lillehammer where we purchased some fantastic silk lakenposer at the local hiking association shop. The lakenpose is the preferred sleeping accessory for Norwegian hikers; a double sheet shaped like a sleeping bag, with a pocket for a pillow. The cabins all have beds with pillows and blankets, so all you need is your lakenpose. 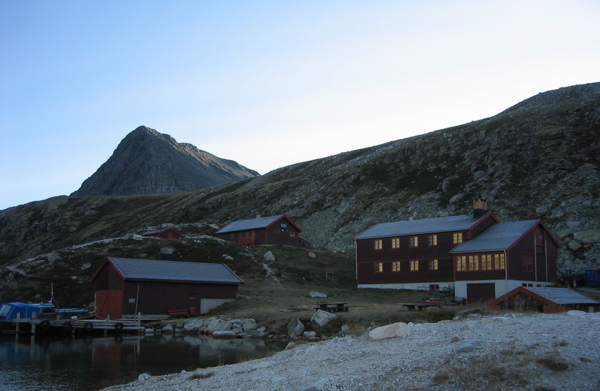 Our base was Rondvassbu, a large full-service cabin, and we arrived just in time for a delicious trout dinner. Not only Norwegians make their way to the mountains, our table had both Germans and Swiss travelers. The place was pretty packed and we got beds in a room with a chronic bedturner and a guy who apparently really wanted to sleep outdoors since he decided to set the window wide open in the middle of the night when it was like -5C outside. At 7 AM there was too much racket to sleep anymore so I went out and snapped the sunrise on the peak behind Rondvassbu. Evidence of the cold night is still on the roofs; winter is always just around the corner in this part of Norway.

Rocky Road
On day 2 we set out to conquer Storronden, a peak of 2,142 meters (coincidentally the peak right above Sabine’s head in this photo). It probably doesn’t seem so high compared to what you find in the Alps or Rockies but it’s fairly high for Norway, where nothing rises much above 2,400 meters.

The treeline in southern Norway averages around 1000 meters so when you get above that things start looking pretty barren. Soon our feet had to navigate a vague trail through a landscape of rocks. There is almost no vegetation here, yet we still spotted a lemming scurrying about among the rocks. My mind wandered… 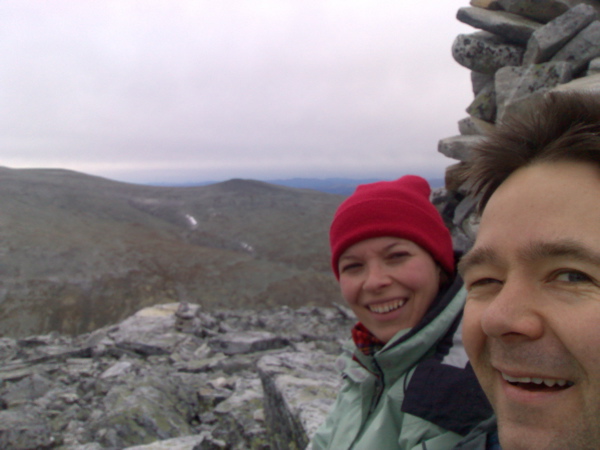 The prevalent organism is Map Lichen, a thin colorful crust that grows on the rocks. This lichen is so hardy it can survive in the icy vacuum of outer space! We, on the other hand, are less hardy and when the weather turned and snow started drizzling we abandoned the peak and headed back to Rondvassbu for warm coffee. With little hope of improved conditions we returned home that evening. A short but intense late summer hiking experience. Takk for turen!